Representing the best in the digital forensics and the cybersecurity community worldwide.

Qualified organizations can apply to the ADF Authorized Partner Network to join us in our mission to serve those who serve.

Back to All Partners 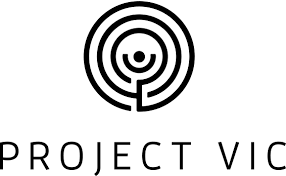 Most of these technologies carry with them a payload of data needed to go to their respective repositories. The data are processed using the Project VIC Cloud and redistributed back to the greater community working on crimes against children. Every day, the Project VIC Cloud is securely processing and combining millions of data signatures related to images and videos that are being seized from the field.

The Project VIC database / data model, known as VICS, has become a standardized model for exchanging information from tools and services specializing in this fight against child abuse and CSAM.

Project VIC Puts Victims First. That’s the message that Richard W. Brown, the CEO of Project VIC International shares about how and why he helped found the non-profit organization which helps law enforcement agencies around the world fight child exploitation.

After 25 years with the New Jersey State Police, Rich has been at the front lines of helping redefine the way law enforcement looks at the justice system. “Law enforcement has traditionally been offender-focused” Rich says. “One of our taglines is victim first; We were able to make some changes with the Department of Justice in how they collected information to make it victim-focused rather than stats-oriented. Now the questions being asked are ‘How many victims did you save?’ rather than ‘How many suspects did you arrest?’. Between that and ‘no victim left in the evidence room’, that’s how we talk.” Read the interview with Rich.

Our partners represent the very best in digital forensics worldwide. Our partners bring deep expertise in a variety of investigative areas including: