Get there Fast! Start Your Digital Investigations in the Field 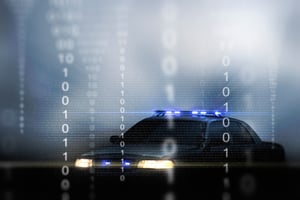 There are many cases where time is critical in a police investigation. This is increasingly true in a world where digital evidence can be an essential element in capturing a suspect or solving a crime. Digital data can implicate or clear suspects and utilizing digital evidence to your investigative advantage can allow you to act quickly while on-scene.

Starting digital investigations while at the scene has become increasingly important in fluid crime situations such as terrorism threats, active shooter situations, gang activity, or sex trafficking. Field digital forensic investigations (a.k.a. field triage) can also be useful in CyberTip investigations or any crime where a digital device may have photos, video, audio, or other data that could be useful in identifying suspects, victims or protecting evidence.

In today’s world, digital data can be found on a variety of devices including:

Some law enforcement agencies are addressing the need for mobile forensics by creating mobile digital forensic units, as the Anoka County Sheriff’s office in southeast Minnesota did by converting a donated ambulance into a mobile digital forensics lab. This approach may not be affordable or practical for many agencies, which is why an increasing number of police departments in the United States, and around the world, are turning to the ADF Digital Evidence Investigator (DEI) software.

DEI is an intelligent digital forensic software tool that fits in an investigator’s pocket. What the USB memory stick-based device lacks in size, it makes up for in speed and power. Police investigators can arrive on-scene and immediately begin scanning one, or many digital devices with a single license key. DEI can be set to capture specific information or can run a comprehensive scan, depending on the scope of the investigation.

With DEI, there’s no need to confiscate every device. Investigators can scan every device on-scene and quickly determine which devices hold digital evidence that requires further analysis. Investigators can use DEI to perform a full forensic analysis on-site or they can take suspect machines and devices back to the lab. In either case, DEI provides forensically sound capture and analysis. With built-in reporting, DEI offers HTML and CSV reporting, as well as the ability to share scan results with a portable stand-alone viewer, allowing further analysis and reporting by other investigators or prosecutors.