What is OSEC? (Online Sexual Exploitation of Children)

In 2021, the US National Center for Missing and Exploited Children received approximately 85 million images, videos, and files that contained child sexual abuse and exploitation [1]. The COVID-19 pandemic led to an increase in people’s online activity. Abusers and offenders have a greater opportunity to benefit from child exploitation.

John Tanagho's article on OSEC states that 65% of child sexual abusers are family members or close friends of the victim, who are paid to sexually abuse children in person. These abusers are often looking for a quick way to make money. Sex offenders from around the world are willing to pay for OSEC material and it may be directed and viewed live [2]. 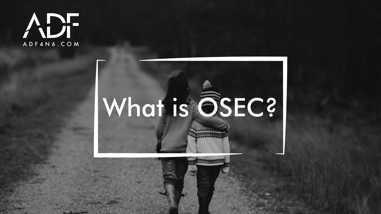 Offenders from remote locations that pay for sexually explicit content via live-stream video platforms can participate by directing the actions of the OSEC trafficker and the children [3]. These live streams make it difficult for electronic service providers to detect child sexual exploitation material because they do not monitor the streams. Cases can continue to go unreported.

Although OSEC occurs anywhere around the world, it is reported that the Philippines is at the center of this live stream abuse. The Philippines has had a threefold increase in OSEC cases since COVID-19 quarantine restrictions [4]. According to a study by the International Justice Mission Internet Protocol (IP) addresses used for child sexual exploitation increased from 43 out of every 10,000 in 2014 to 149 out of every 10,000 in 2017 [5].

Families have resorted to selling OSEC content to cope with the monetary hardship caused by the pandemic, but this cannot excuse the trauma and mental health issues it causes victims. Victims ranged from a year old to 31 years old, the average being 11 years of age and 86% of victims were female [1].

Many organizations have banded together to bring awareness to OSEC and help end the sexual assault and exploitation of children. One of these is International Justice Mission which has partaken in combating violence against children in the Philipines since 2001. Prevention of OSEC has also gone further with service providers implementing tactics to help stop OSEC customers before or during their involvement. An example is seen in Microsoft which initiates pop-up messages and uses PhotoDNA image-matching technology to identify abuse materials [3]. Early detection and reporting are key to helping forensic investigators and law enforcement officers rescue exploited children.

Learn more about ADF’s role in the fight against child exploitation.