5 Reasons Why You Need to Invest in Computer Forensics Software 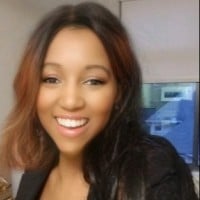 Many are not aware of the common threats/investigations that officers, analysts, and investigators face on-scene or in the lab and how computer forensics software can help solve these investigations.

When investigating on the scene, officers and investigators face numerous crimes and threats such as financial crime, terrorism, human trafficking, child exploitation, gun violence, drug trafficking, and much more.

Computer triage allows for investigators, analysts, and officers to solve their cases faster whether they are triaging computer devices on scene or in a lab. Computer forensics software leverages artificial intelligence and machine learning to simplify complex digital evidence investigation tasks, helping organizations uncover actionable intelligence within seconds and minutes.

Learn more about how computer forensics can help your investigations and download one of our white papers below for more detailed information.