What is Project VIC? 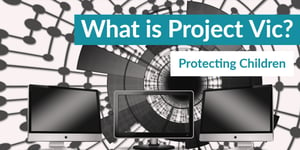 Over the past eight years, the global partnership has grown beyond the United States to include VICS projects in the United Kingdom (CAID), Australia, Canada, and other countries throughout Europe, Africa and the Middle East. Each of the country and continent projects strive to develop a national strategy which relies on the VICS standard which stands for Video Image Classification Standards.

Law enforcement professionals assigned to Internet Crimes Against Children Task Forces (ICAC) are at the forefront of investigating child exploitation cases and many of those teams rely on ADF digital forensic and triage software to quickly identify explicit material to make on-scene arrest decisions and protect victims right from the start.

Qualified professionals can request a trial of ADF software.