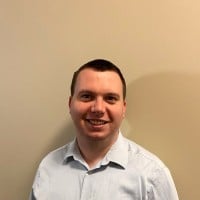 Cryptocurrency has expanded in use since it was created in 2009. The idea of creating a decentralized currency to avoid the regulation of banks and governments created a new avenue not only for criminals but also for terrorist organizations. Terrorists such as jihadists around the world have been trading crypto coins to purchase weapons and drugs to continue their attacks on innocent civilians.

There are multiple reasons why terrorists are using cryptocurrency. The first reason, which is widely recognized, is the anonymous nature of crypto ownership, including the fact that the currency does not have to be processed through a bank. Since 9/11, many international organizations, such as the World Bank and International Monetary Fund, have focused their efforts on stopping the funding of terrorist groups [1].  Banking systems flag the transfer of funds to accounts that are suspected of operating on behalf of terrorist enterprises. Cryptocurrency has changed the game of terrorist funding in removing the risk of being tracked by traditional means. Terrorist organizations have created darknet websites, like Fund the Islamic Struggle Without Leaving a Trace, to allow extremist supporters to transfer bitcoins to fund their movement.

Another reason that cryptocurrency is growing in popularity is the speed of transferring funds. There is no “paperwork” and no processing time required to make these payments. All that a terrorist network needs to have in order to move crypto is a stable internet connection anywhere in the world. In addition, the countries where these terrorist groups often operate do not have the systems or preventative measures in place to stop the transfers from taking place. Officials may also lack the knowledge or technology to identify these transactions or the political leverage to request aid from 3rd party companies that are either knowingly or unknowingly assisting in these crimes.

The lack of legal regulation of cryptocurrency in much of the world presents a daunting challenge for law enforcement and government agencies to stop the terrorist cryptocurrency network. Just as we saw when the use of the internet became increasingly popular, new types of crime have become possible, and laws must keep up with technological advancement. Laws have not yet been created to regulate cryptocurrency transfers. Some countries have begun to identify likely cryptocurrency terrorist transfers through other means, but the global standard of prosecuting or collecting viable evidence of a crime being committed has not been perfected. In addition, digital forensic tools, such as Triage-G2 can be used on-scene to collect digital evidence of cryptocurrency use.

Designed for non-technical operators with a simple 2-step process, Triage-G2® will rapidly scan, extract, and analyze critical intelligence from computers and digital devices. The tool can be deployed in the field for reconnaissance on a small, portable USB key.