U.S. Customs and Border Protection is charged with securing the nation’s borders and ensuring that trade and travel regulations are followed. They detect, identify, prohibit, and apprehend individuals with ties to terrorism. They also police the smuggling of humans, narcotics, weapons, bulk cash, and other prohibited or restricted merchandise [1]. U.S. Customs and Border Protection agents’ job is imperative to the nation’s security, without their work many illegal activities would go undetected.

CBP policies allow agents to conduct searches on individuals entering and exiting U.S. borders and ports of entry. CBP searches are essential to help detect evidence of terrorism and other national security matters and crimes. These searches not only allow for evidence to be detected but also allows border patrol agents at the southern border to determine a person’s intentions upon entry. Information contained in computers, tablets, removable media, disks, drives, tapes, mobile phones, cameras, music, and other media players, and any other communication, electronic, or digital devices are subject to inbound and outbound border searches [2].

Why is Border Security Important?

CBP agents secure the nation’s borders at more than 300 ports of entry. As of September 30, 2022, CBP enforcement statistics show a record number of 2.4 million encounters along the United States' southern border. These growing numbers can make it increasingly hard for agents to conduct searches of seized devices promptly.

Since the COVID-19 pandemic in 2020 CBP agents faced surges in fentanyl seizures as well as the number of individuals attempting entry at the borders. During the years 2020 and 2021, travel restrictions were implemented at the southern border leading people to transport drugs that could go undetected. 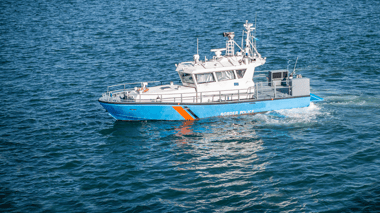 The drug of choice for transport became fentanyl. The smuggling of these drugs was more common at ports of entry because individuals were less likely to be stopped. Often these drugs are transported by U.S. citizens as opposed to illegal individuals entering or exiting the border through uncommon routes [3].

Human trafficking is another common issue border patrol agents face when securing U.S. borders. People may be manipulated by fraud, force, or coercion to work under the control of another person, pay off a loan with work without a clear time period or official agreement, or perform a sex act for money or anything of value [4]. Human trafficking can be in the form of domestic servitude, labor in prison-like factories, and migrant agricultural work. According to a report conducted by the International Organization for Migration, almost all migrants attempting to gain entry into the U.S. employ the assistance of smugglers or traffickers [5]. 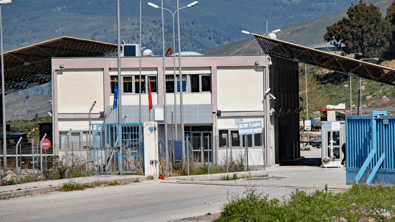 such as fraud, extortion, racketeering, money laundering, bribery of public officials, drug use, document forgery, and gambling. These dangerous crimes are what drive homeland security and border patrol agents to continue the education and group effort to combat issues such as drug smuggling and human trafficking.

What ADF Does to Support Border Patrol Agents

The DEI PRO Field Tablet puts the power of a forensic lab in the hands of digital-first responders so they can quickly collect digital evidence and analyze it in a timeline view to tie the user to files and artifacts. With DEI PRO, border patrol agents can rapidly scan, extract and analyze critical intelligence and perform forensic triage on mobile devices.

CBP agents can have the proper tools to detect evidence on mobile devices that may further help the apprehension of individuals smuggling drugs such as fentanyl. DEI PRO allows agents to conduct their investigations at the border and ports of entry without submitting devices to CBP laboratories when individuals trained in digital forensics are not available.

Learn more about the DEI PRO Field Tablet or request a free trial of DEI PRO.